The Wat Saket temple, or better known as the Golden Mount in Bangkok, is a Buddhist temple in Thailand located in the district of Pom Prap Sattru Phai. Visiting this impressive temple complex is certainly one of the most beautiful things to do in Bangkok. A 318 steps pathway leads up to a marvelous golden Chedi and from the top you will get spoiled by scenic ambience. Here, from the terrace, you can enjoy a breathtaking panoramic view across the rooftops of Bangkok. The ascent to Wat Saket is also worth the effort; beautiful bells, mystical statues and the many details make this temple really worth a visit.

In this travel guide we have summarized the most important information about transport, opening hours and entrance fees for the Wat Saket. In addition, you get some amazing insider tips for an unforgettable visit to the Golden Mountain!

The dress code at Wat Saket is not quite as strict as in other temples. Nevertheless, you should pay attention to appropriate clothing. Important: Knee and shoulder must be covered.

If you don’t know where to stay in Bangkok, not far away is the cool Old Capital Bike Inn, a family-run small hotel with a chic design.

The best time to visit Wat Saket is either very early in the morning or late in the afternoon. Also popular is a visit towards evening, where you can admire a fantastic sunset. 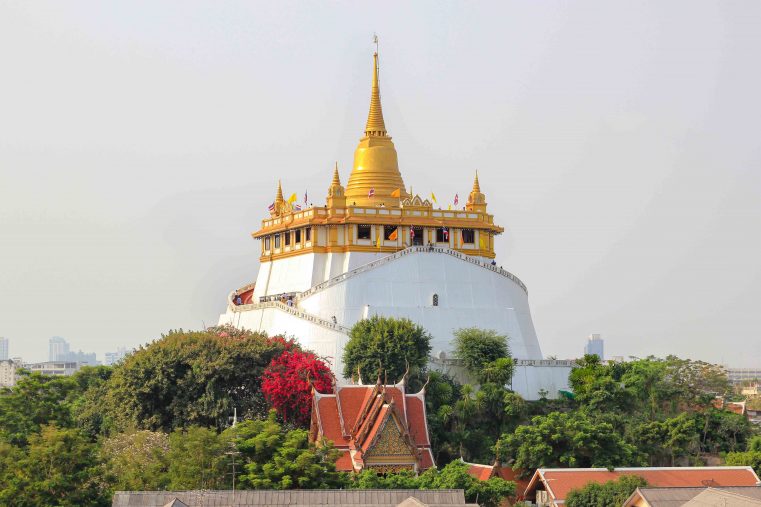 The Wat Saket in Bangkok is located at a height of 79 meters and is known to be one of the best temples in Bangkok. In order to reach the top of the temple 318 steps have to be climbed. Honestly, it’s not that tiring, the low steps are easy to walk. The way up is really idyllic! Take some time for the walk and enjoy the beautiful surrounding. You will pass exotic plants, beautiful Buddha statues, small streams and also some bizarre figures. Especially lovely to see are the bells of Wat Saket, which are part of the prayer ritual.

It is also interesting that the full name of the temple is actually Wat Saket Ratcha Wora Maha Wihan. But locals and tourists always call him by his short name Wat Saket. Also as the temple of the Golden Mountain or as Golden Mount Temple it is often known. 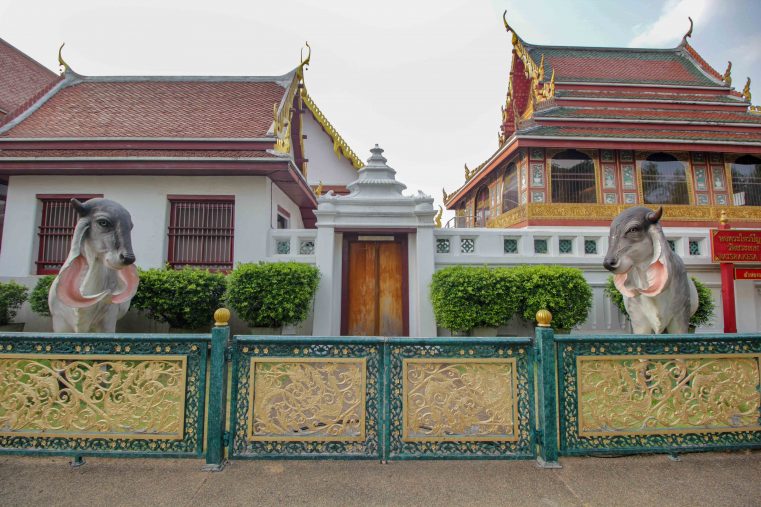 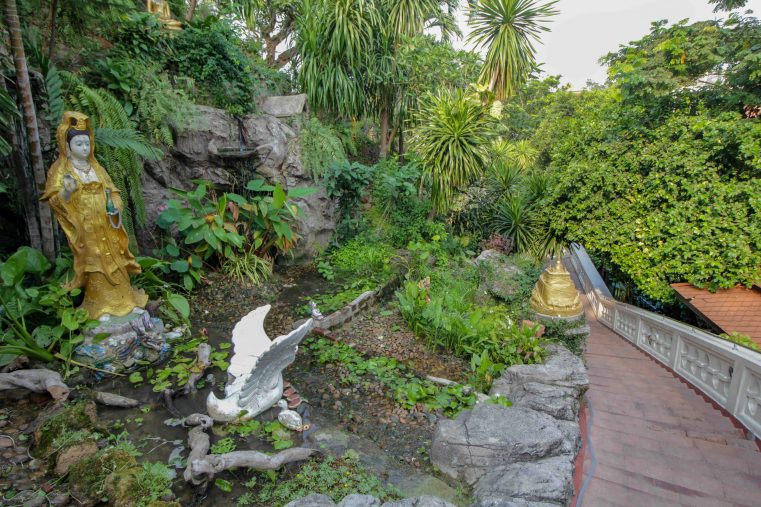 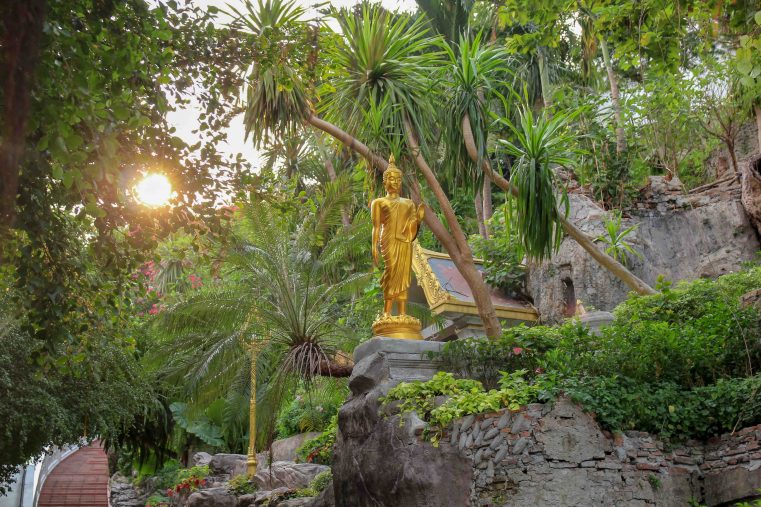 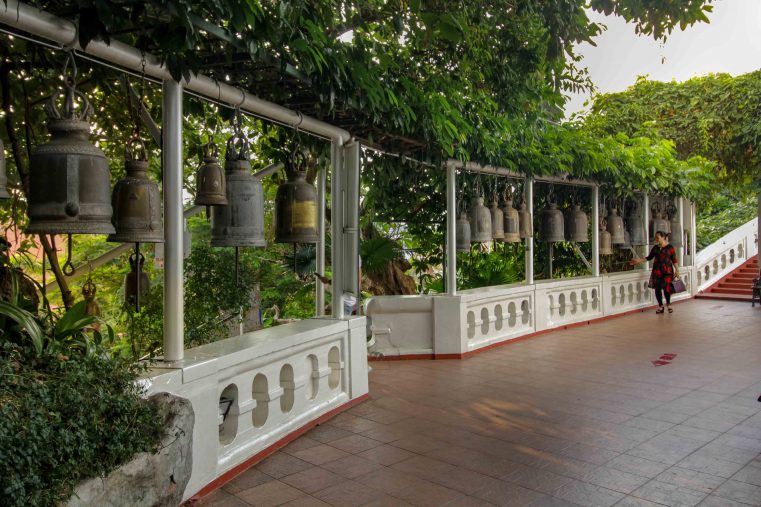 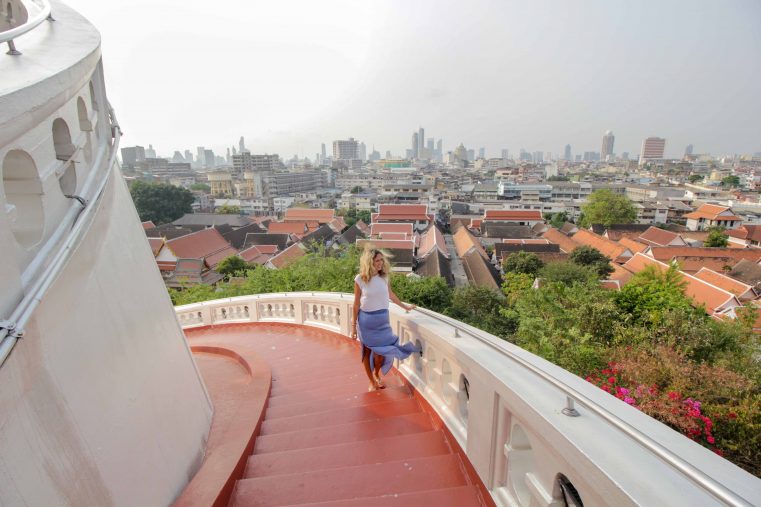 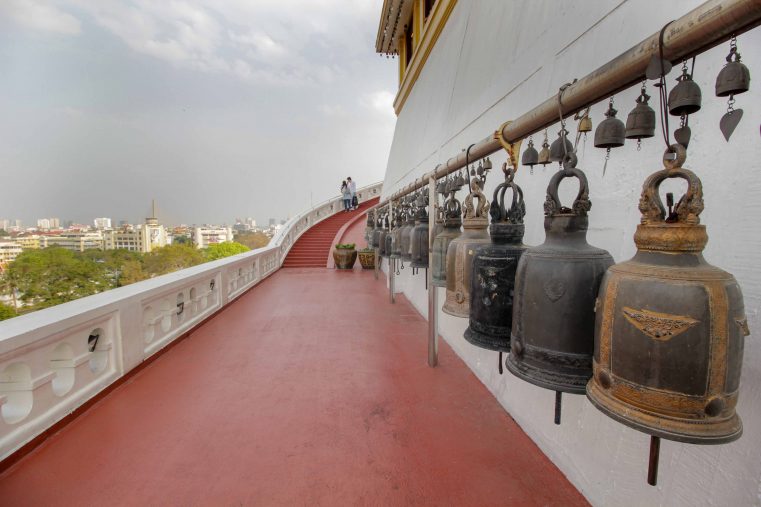 At the top, the mood is just magical! Such an amazing place of peace and quietness. Only the small bells  ring in the wind, and only the monks’ prayer ceremonies can be heard out of the speakers. A large golden chedi is located right in the middle of the upper platform and you can watch the faithful as they circle them with their offerings. The meditative silence invites to linger for a while, so make sure you take your time for the visit. Without a doubt, the absolute highlight of the temple is the brilliant view all over Bangkok.

But the absolute highlight of the temple is without question the brilliant view over Bangkok. From up here, you have a 360 degree panoramic view over the roofs of the city.

Tip: This viewpoint is especially popular in the evening. From here you can experience unforgettable sunsets! 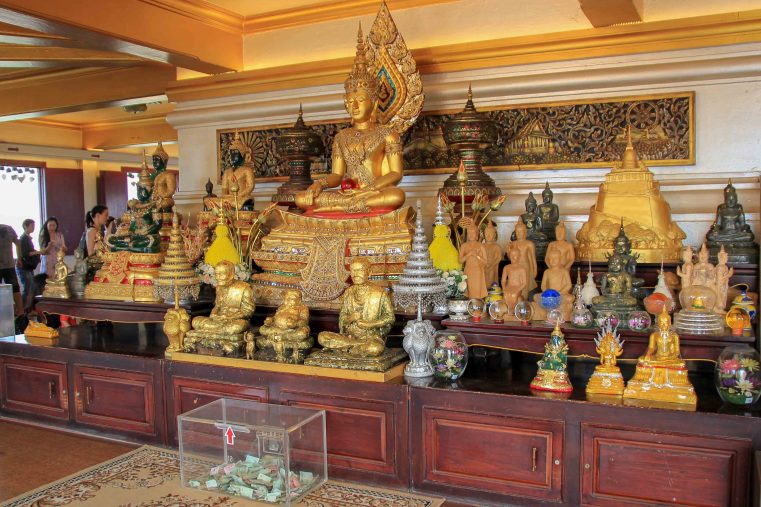 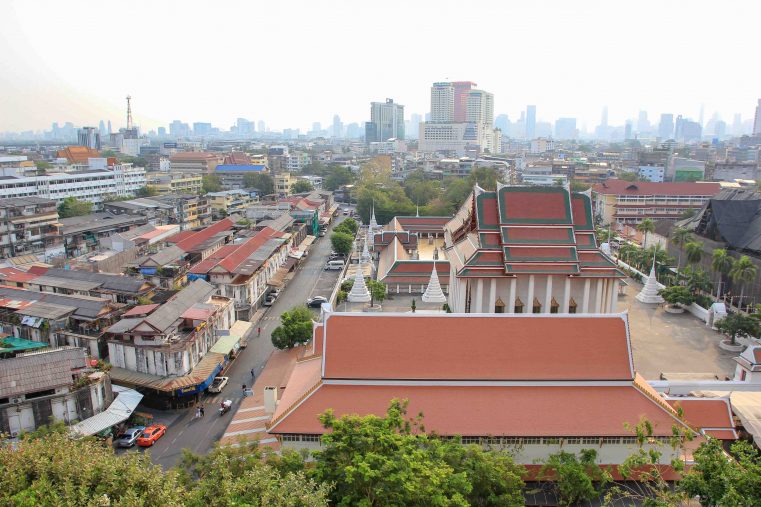 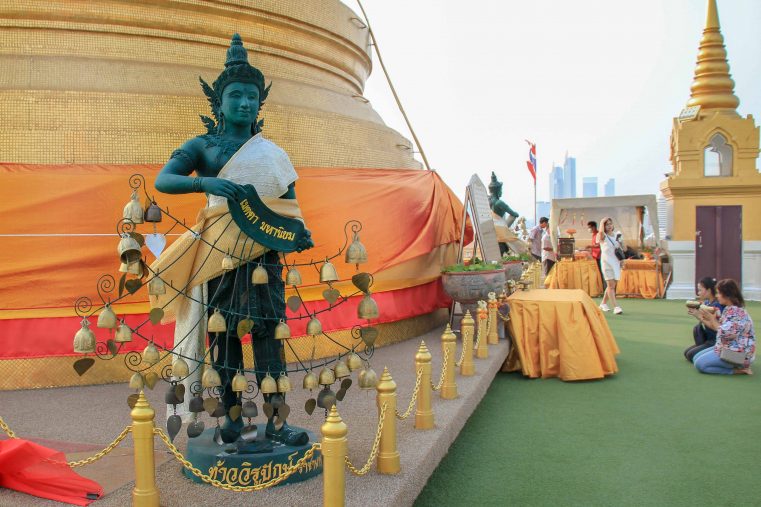 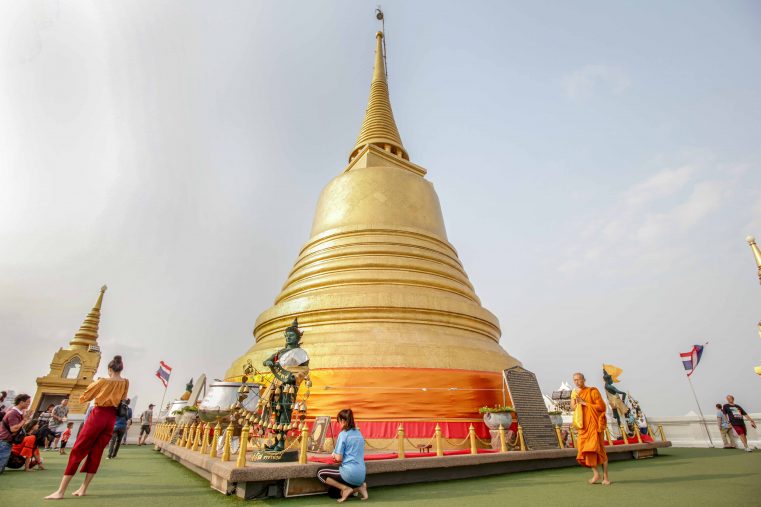 The history of Wat Saket goes back to the time of the Ayutthaya Empire from 1350-1767. Once the temple was located outside the city walls and in the 18th century it was used as a cremation site and later as a dumping place for the approximately 60,000 plague victims. Because of the bad smell in that dark era, people made a large turn around the temple. It was not until the reign of King Chulalongkorn that the Golden Mount was completed. Today, this temple is an important pilgrimage site for believers and undoubtedly one of the most popular temples in Bangkok.

Every year, during Loy Krathong, the Wat Saket Temple hosts a huge temple festival in November. During this time, the golden chedi is covered with a red cloth and candlelight line the temple entrance. At the foot of the Golden Mount there are many stands and food stalls. From early evening until late at night, believers come to attend the festival at Wat Saket. During that time, you should visit the temple early in the morning, as it will be full later on!

How to get to Wat Saket

Getting to Wat Saket is uncomplicated to organize. The temple is located in the historic center of Bangkok, just 2 km walk from Khao San Road, but cannot be reached by metro or BTS.

Also, you could get there by public bus or with the inexpensive taxis. Another option is to get to Wat Saket by boat: Take the stop at the pier (Phanfa Bridge Station) at the Golden Mount Temple.

The entrance to Wat Saket is not free for tourists. The price is currently 50 Baht per person and has to be paid in the cashier’s house at the entrance of the temple.