15 Amazing Things To Do in Zagreb, Croatia

The many fantastic things to do in Zagreb make this city a real highlight in Croatia. Many travelers are visiting the coast of the Adriatic Sea or the beautiful Croatian islands, however, more and more tourists also decide to take a city trip to the Croatian capital. And not without reason! A visit to Zagreb is definitely worth it because this metropolis has a lot to offer. While sightseeing, you can explore a beautiful old town, marvel at the shortest funicular in the world, visit interesting museums and discover magnificent viewpoints. But what are the ultimate best things to do in Zagreb and which attractions should not be missed?

In this guide, you will find the absolute best attractions and things to do in Zagreb in Croatia. In addition, we show you beautiful pictures, give great insider tips and show you where to stay.

If you are still looking for a fantastic place to stay in Zagreb, then we can recommend you the modern LOOX Apartments Hatzova in a central location, next to a convenient parking garage.

If you love shopping, you will find numerous stores with international brands, but also hip regional designer stores and expensive boutiques in the long shopping street Ilica.

A great offer of cheap entrance tickets, city tours with cable car ride, food tours, trips to the famous Plitvice Lakes and Lake Bled in Slovenia can be found on GetyourGuide!

One day in Zagreb is just enough to explore a few of the main attractions. However, if you want to get to know Zagreb better, you should plan at least 2–3 days for your trip. 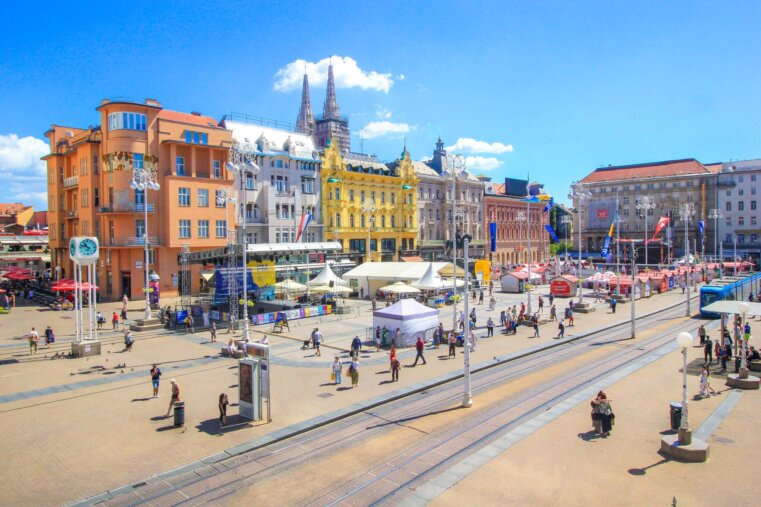 The city of Zagreb, with 320,000 inhabitants, is the capital of Croatia, and is located inland about 165 kilometers from the coast. Together with Dubrovnik, Split and Rijeka, this metropolis is one of the most worth seeing in the country and therefore definitely worth a trip. Especially impressive in Zagreb is the mix of rich Habsburg heritage, traditional Balkan culture and modernity. In addition, you can expect a lively nightlife, cozy street cafés, interesting museums and numerous opportunities for sightseeing and shopping.

Zagreb is divided into several districts, with most of the attractions located directly in the old town. The most worth seeing attractions are located in the so-called upper town “Gornji Grad” with the Kaptol and in the lower town “Donji Grad”. In between there is the beautiful main square, which is also the junction for bus and streetcar. 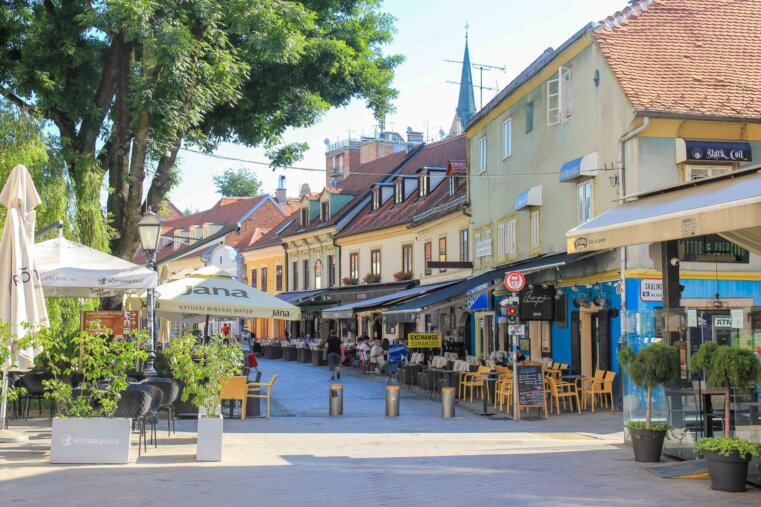 The Best Things to Do in Zagreb

During a city trip to Zagreb, you can look forward to a whole range of attractions worth seeing. Most of them are located directly in the old town and can be explored on your own during a city tour. So that you don’t lose the overview, we have summarized the best things to do in Zagreb at a glance:

The imposing Zagreb Cathedral is a real highlight of the city, and certainly a visit is one of the best things to do in Zagreb. The construction of the cathedral began as early as the 13th century, on the site of a church that dated back to the 10th century. During its history, this church was repeatedly expanded and renovated, but also damaged several times by earthquakes.

Most impressive are the two 105 meter high towers, which make the Zagreb Cathedral one of the tallest buildings in Croatia. The building also captures a wide variety of stylistic elements from several eras. Also worth seeing is the richly decorated main portal and the interior of the cathedral with the treasury and the Walcker organ.

Tip: Admission to the Zagreb Cathedral is free of charge! 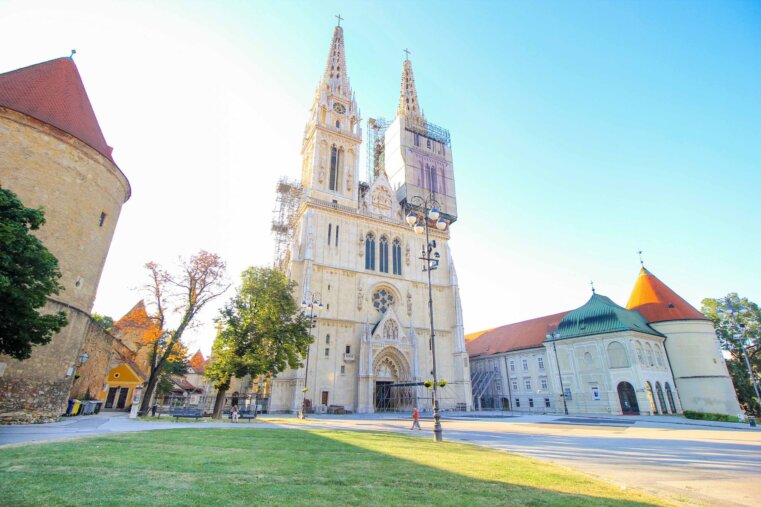 The funicular “Uspinjača” is a real highlight in the historical center, and the 55-second ride from the Lower Town to the Upper Town is one of the ultimate best things to do in Zagreb! This funicular is one of the most important sights in town, and its history goes back as far as 1890. First operated as a steam engine, it was later converted to electronic motors and is still in operation today. The special feature of this funicular is mainly its length because with only 66 meters it is the shortest public funicular in the world!

Tip: The funicular runs every 10 minutes, or as soon as the wagon is full. The price is a reasonable 5 kunas, which is less than 1 euro! 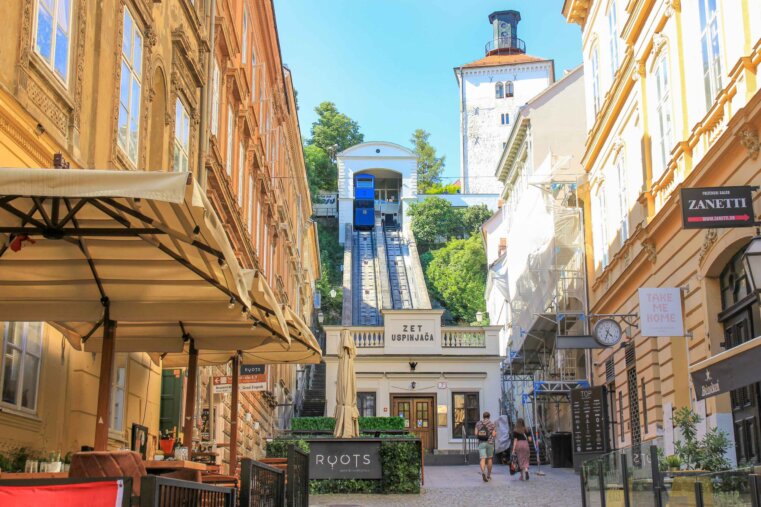 The beautiful St. Mark’s Church is the landmark of the Croatian capital. This attraction is located on the eponymous St. Mark’s Square in the heart of the government district. The 3-nave church is most famous for its heraldic roof, and so its image can be found on almost every postcard. If you look closely, you can see the coat of arms of the city of Zagreb in the mosaic of the colorful roof tiles, and right next to it the coat of arms of the former triune kingdom of Croatia, Slavonia and Dalmatia. Also worth seeing is the southern portal, with figures from the 14th century. 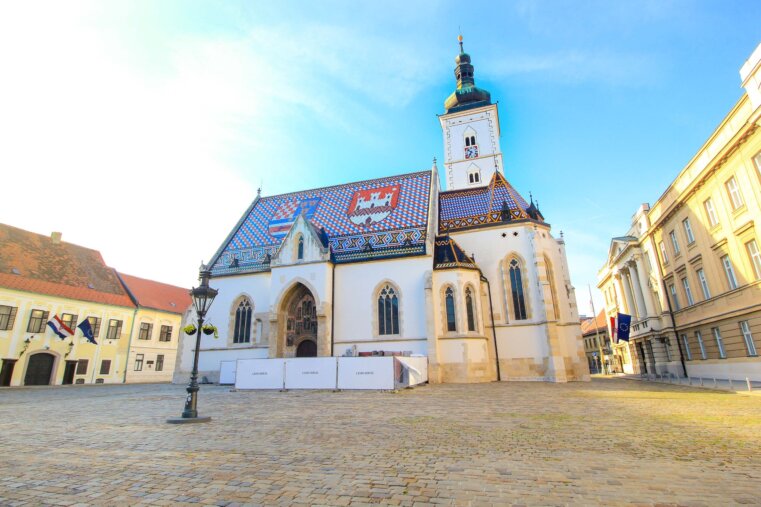 The Stone Gate, also known as Kamenita Vrata, is one of the best preserved historical buildings in the Old Town. This city gate was built as early as the 13th century, and at that time it granted entrance to the city center. The Stone Gate is most famous for its image of the Virgin Mary in the chapel, which has miraculously been preserved over the years and even survived a severe fire unscathed. Especially locals, but also some tourists, stop at this spiritual place to light a candle and pray. 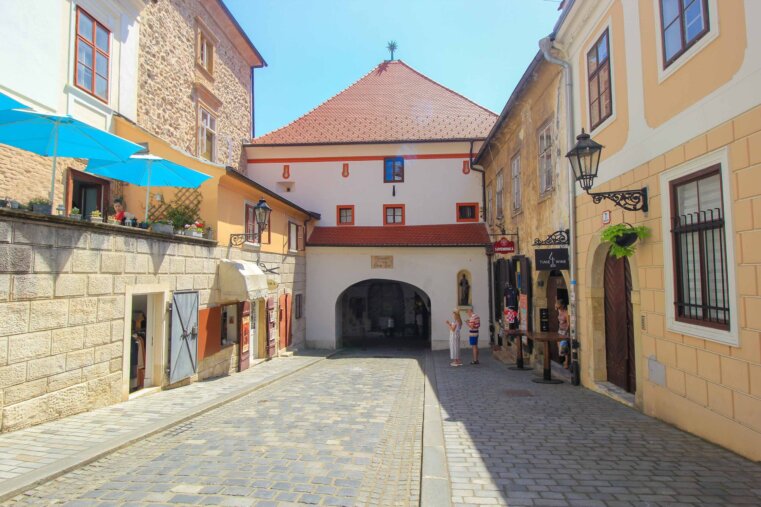 Beautiful and definitely one of the most impressive buildings in the Lower Town is the Art Pavilion. This yellow-lit building is located in the picturesque Tomislavov Park and was opened back in 1898. Together with the fountain, this architectural masterpiece is a true postcard motif of the Croatian capital. A real highlight from the outside, you can also visit the art pavilion from the inside. In the international art gallery, contemporary and modern art is presented in changing exhibitions. 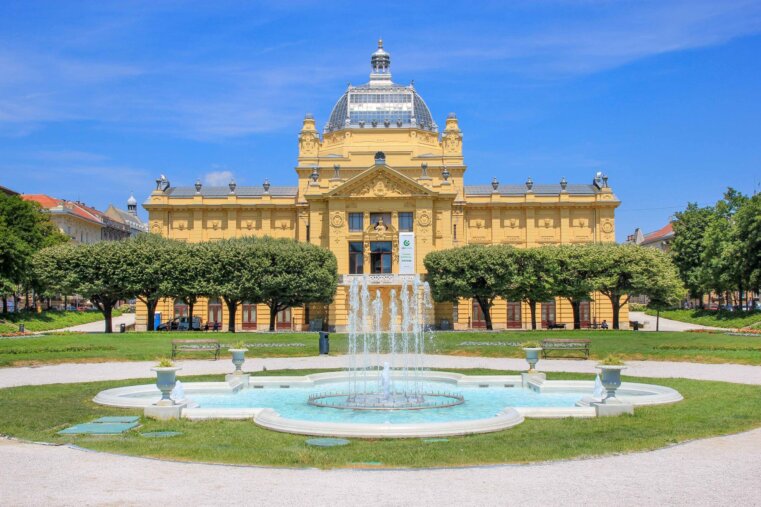 The Lotrščak Tower is one of the most famous attractions in Zagreb. This cannon tower was built as early as the 13th century and was part of the fortifications of that time. Interesting is the so-called “thief’s bell” from 1646, which is still in the Lotrščak tower, and at that time announced the closing of the city gates. Even today, the traditional cannon shot can be heard punctually at 12 o’clock, calling for lunchtime since 1877.

Tip: A climb to the Lotrščak Tower is worth it because from this attraction you will experience the most beautiful viewpoint of Zagreb! 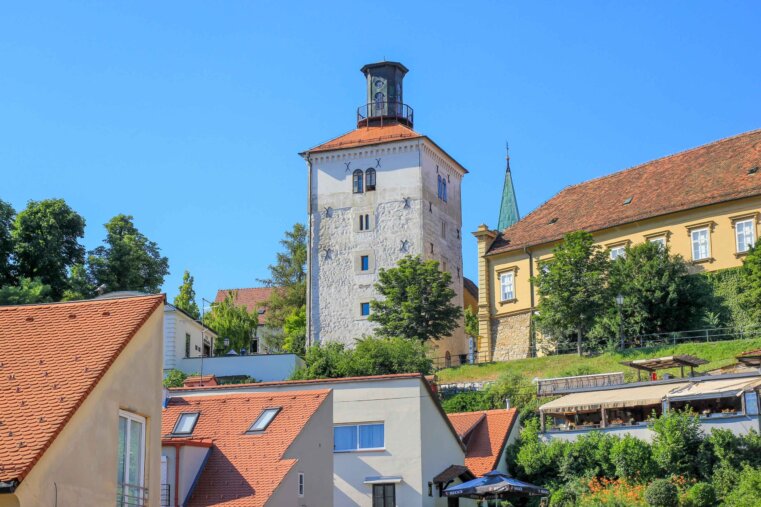 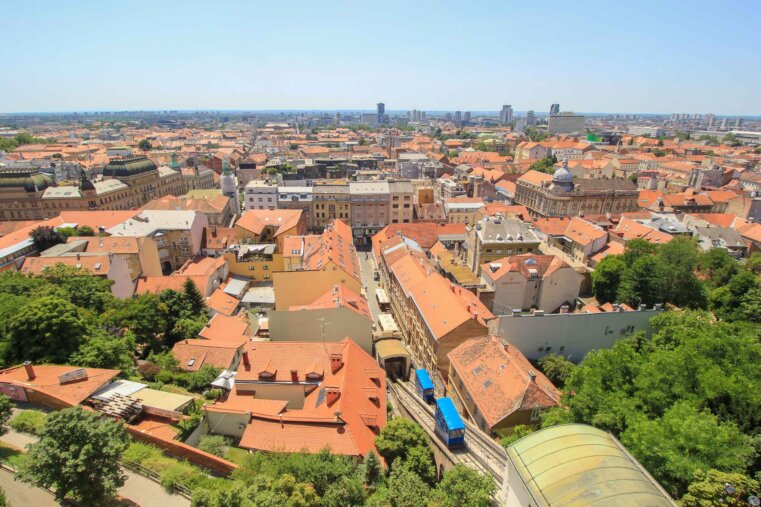 The Museum of Broken Relationships is unique in Zagreb and is high up on any sightseeing list for many tourists! Already in 2011 this museum was recognized as “European Museum of the Year”. In this particular exhibition, the name says it all: it shows discarded objects of painful separations and relics of former lovers. Matching stories are told, partly sad and tragic, but also partly very humorous and even sarcastic.

Tip: You can also find cheap tickets without queuing online on GetyourGuide! 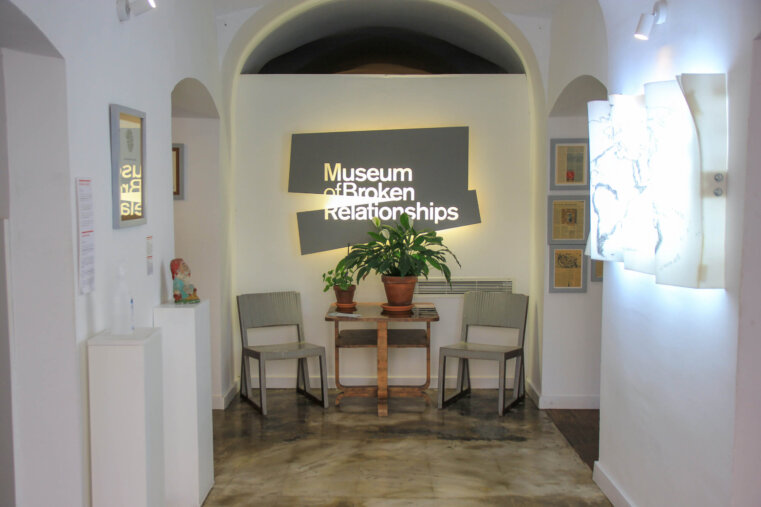 The heart of the city and also the most popular meeting place is the main square Ban Jelačić. This square is located in Zagreb’s Lower Town and was founded back in the 17th century. Today you can marvel at a charming ensemble of magnificent buildings from different eras. The oldest remaining building (house No. 18) dates back to 1827, and the large equestrian statue of Ban Josip Jelačić in the center of the square is also interesting. There is always something going on here! Concerts as well as various events take place in summer, and in winter the beautiful Zagreb Christmas market opens.

Maksimir Park is the oldest, and with an area of 316 hectares, also the largest park in Southern Europe! This attraction also has a long history, as the park was founded as early as 1787. Walking through this green oasis, you will discover numerous historical buildings, several ponds and even an “echo pavilion”, where you can hear your voice with a time delay. Another part of Maksimir Park is the Zagreb Zoo, which is also popular with locals on weekends. 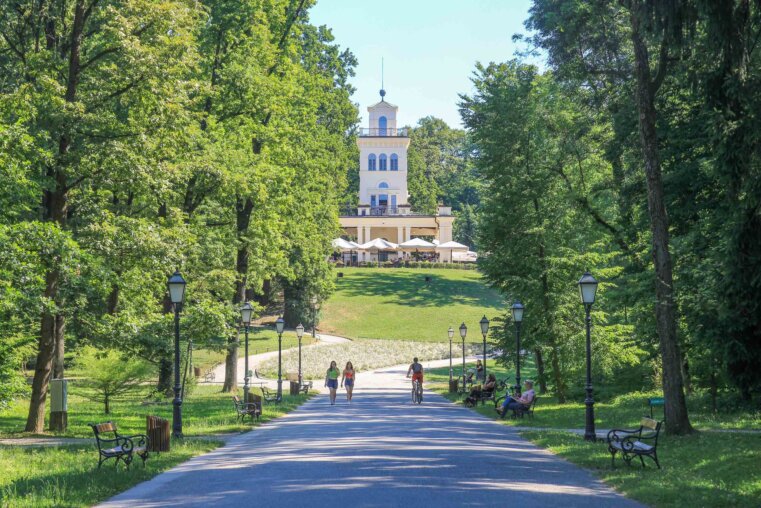 The Croatian National Theater is a beautiful historical building in Zagreb, and its foundation dates back to 1840, designed by Viennese architects Ferdinand Fellner and Hermann Helmer, who also built many other theater buildings in Europe. If you like, you can also visit one of the numerous performances in the beautiful premises, in which theater but also ballet and opera are performed. 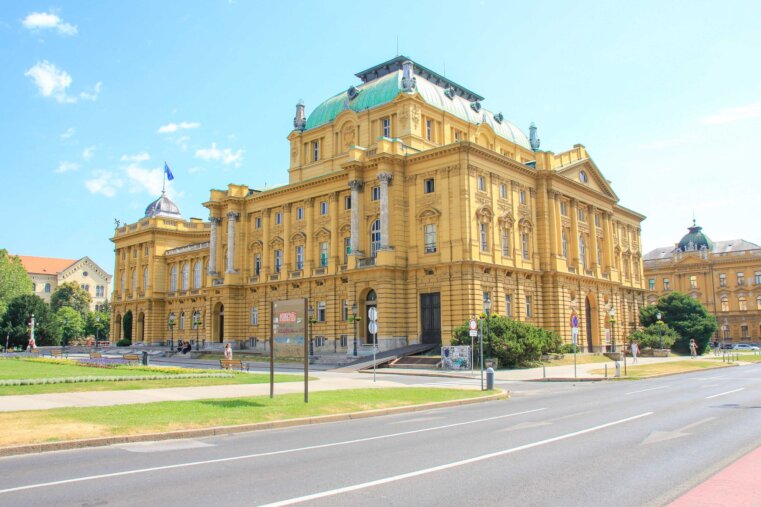 A really interesting museum for young and old is definitely the Nikola Tesla Technology Museum. It is located outside the Old Town, at 18 Savska Street, but can be easily reached by bus or streetcar. During a visit, you will be amazed by a huge exhibition of numerous historical airplanes, cars, machines and other technical achievements. Very interesting are also the rooms with ancient fire engines, and there is also a 300-meter-long underground mine to visit.

Tip: Cheap entrance tickets can be booked in advance on GetyourGuide! 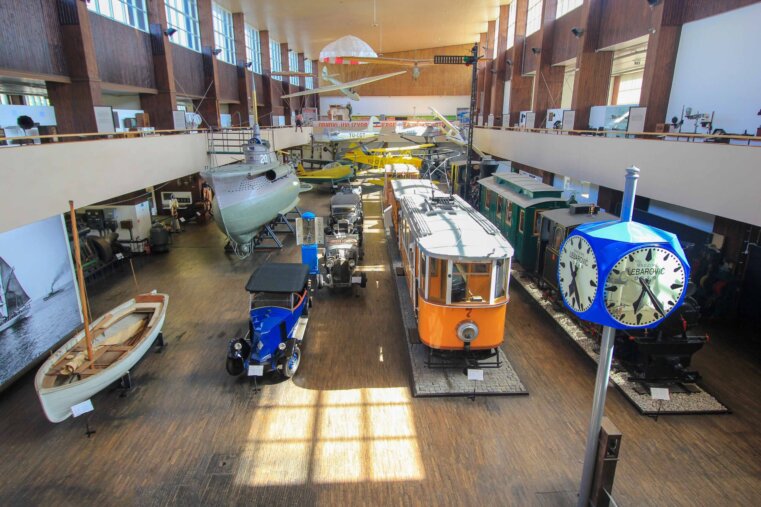 The Botanical Garden is a real insider tip in Zagreb. It is one of the most beautiful green oasis in the city and houses about 10,000 different plant species on 50,000 m². The English-style planting is particularly beautiful, as is the small pond with the turtles, and there are various themed areas from the world of plants to marvel at. One of the highlights is the beautiful red greenhouse, which together with the large rose garden and the herb garden create a breathtaking backdrop. 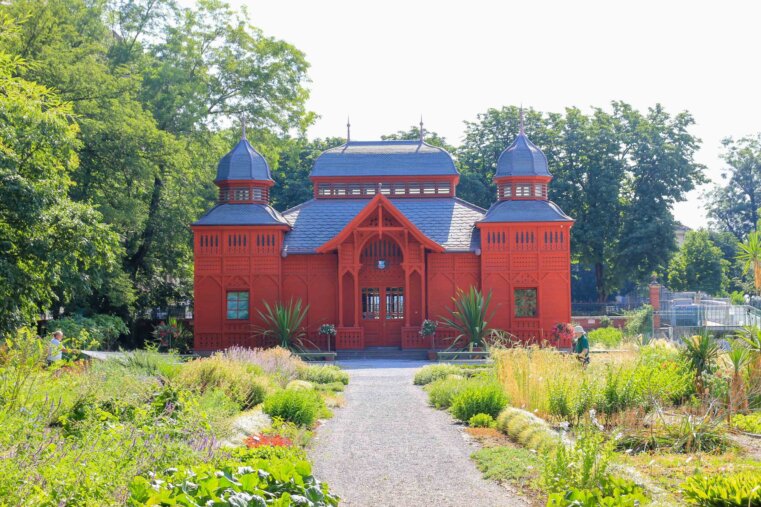 An exciting attraction in Zagreb, which also certainly not everyone knows, is the Grič Tunnel. The entrances are somewhat hidden, one in Mesnička Street 19 and the other in Radićeva Street 19. This tunnel was built at the beginning of World War 2 as a protection of the population from airplane attacks. For a few years now, the approximately 350-meter-long passage has been open to the public again. Admission is free of charge and, by the way, a welcome cooling in summer.

Tip: Very interesting is also the guided tour “Croatia Homeland War“, where you can learn more about the turbulent years of Croatian history. 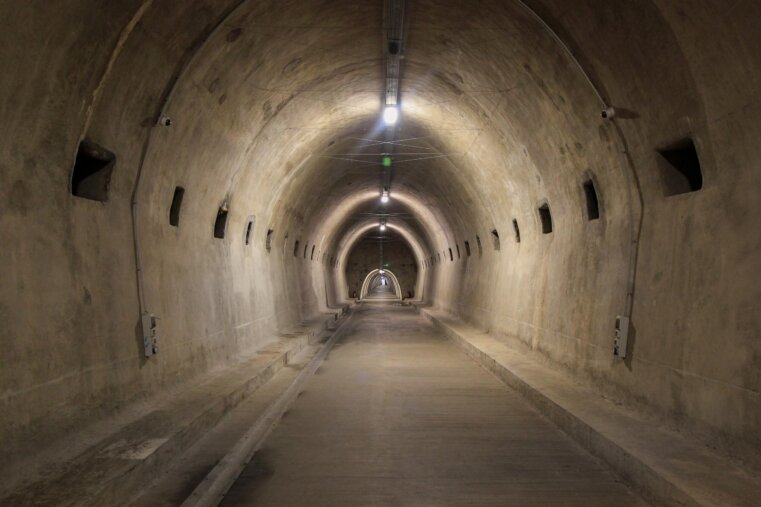 If you are interested in the history of Zagreb in more detail, you should definitely visit the Zagreb City Museum. This museum is located in the former convent of St. Clare from the 17th century. The various exhibition rooms show information about the long history of Zagreb and the surrounding region. Very interesting, for example, is the Iron Age Hall, the heart of the museum, where recently found exhibits are also displayed. Another highlight is the map of the city of Zagreb, a model replica that takes up an entire room. 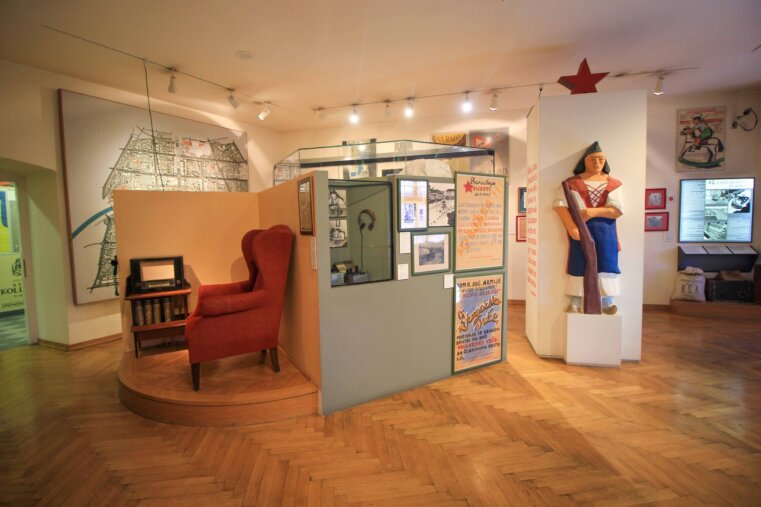 If you don’t necessarily want to explore Zagreb on your own, you have the option of joining a guided tour. On the online portal GetyourGuide you can find exciting city tours as well as cheap entrance tickets, cooking classes and also unforgettable excursions in the region!

The reviews are also really amazing, and you can compare them before booking.

Where to Stay in Zagreb

In Zagreb, you’ll find a great range of fantastic places to stay. From cheap backpacker hostels to stylish apartments, bed and breakfasts and hotels with pools, you’ll find it all. If you are looking for a recommended accommodation in Zagreb, then we can give you these tips on the way… It’s worth a look!

Find the best accommodation in Zagreb: