Top 20 Amazing Things to Do in Rome

The many amazing things do in Rome make the Italian capital one of the most desirable travel destinations in the world. The ancient city of Rome, St. Peter’s Basilica and the Vatican have been on the list of UNESCO World Heritage Sites since 1980. On a trip, you will admire countless attractions, historic buildings, museums and archaeological sites, and you can easily explore many of them on your own. The world-famous Colosseum, the most-photographed Trevi Fountain, and the legendary Spanish Steps are just a few of the most important places to visit in ancient Rome. On a city trip, however, countless other great attractions and amazing viewpoints await you! But what are actually the top sights in Rome?

In this travel guide, we show you the most beautiful places and most interesting things to do in Rome at a glance. Additionally, you will get lots of tips and information that will help you plan your trip!

The Colosseum is the largest ancient amphitheater in the world and, of course, the most important attraction of Rome. This place was the scene of bread and circuses, such as the famous gladiatorial fights. It was built in 72 AD and is still the most spectacular building in the ancient city. 50,000 spectators had space here, with 80 gates leading inside. It was in operation for almost 450 years and then it gradually decayed.Nowadays, the Colosseum is the historically most important attraction in Rome and can be visited from inside and outside. Because of the grandiose  lights show, even at night, it is absolutely worth seeing!

Tip: If you want to visit this Rome attraction without queuing, it is best to book your tickets in advance! This ticket is then also valid for Palatine Hill and the Roman Forum. 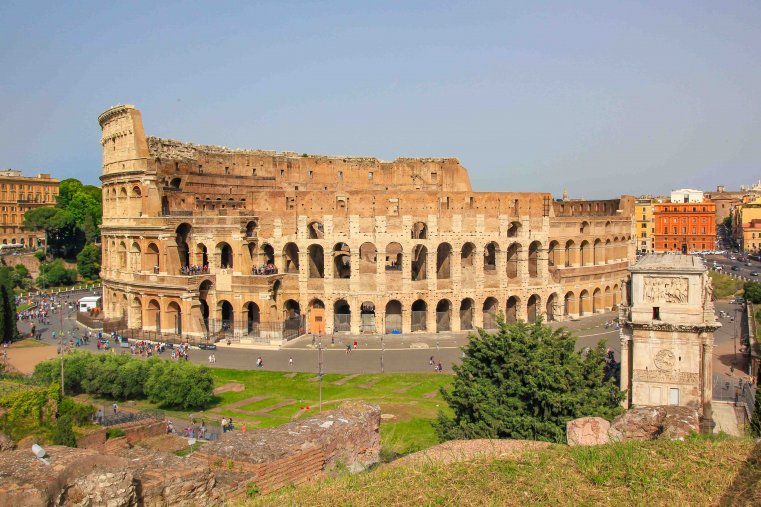 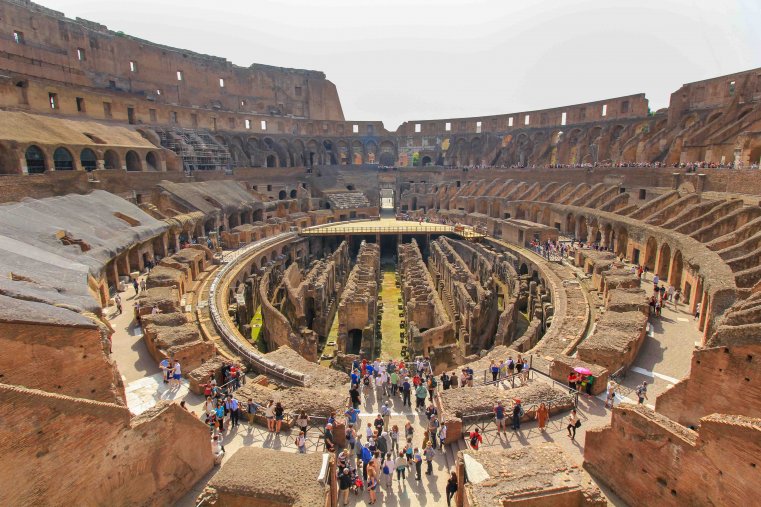 The world-famous Trevi Fountain is the largest baroque fountain in the city and a visit is an absolute must in Rome. Almost at any time of the day, even at night, countless visitors flock to this impressive 26-meter-high and 50-meter-wide fountain in the middle of the old town. According to a legend, it brings good luck to throw coins over the right shoulder into the Trevi Fountain. Then, it is said, you are guaranteed a return trip to Rome! Especially for the little ones, tossing a coin is a great experience not to be missed on any trip to Italy with kids!

Tip: Due to the wonderful lighting this attraction is also worth a detour at night. 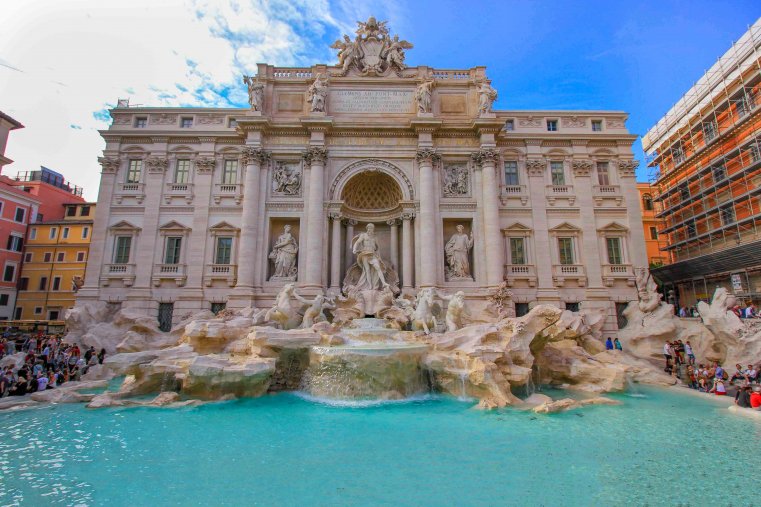 The Roman Forum was once the market square in Rome and is located between the Palatine and Capitol Hills. In ancient days it was the center of political power. Today it is a huge open-air museum where you can admire the temples and buildings of the Roman era on ancient paths! Significant here are the Triumphal Arches of Constantine, Septimius Severinus and Titus as well as the Temple of Vesta and the Temple of Saturn.

Tip: You can save money by buying a combo-ticket, which includes the Colosseum, the Roman Forum and the Palatine. 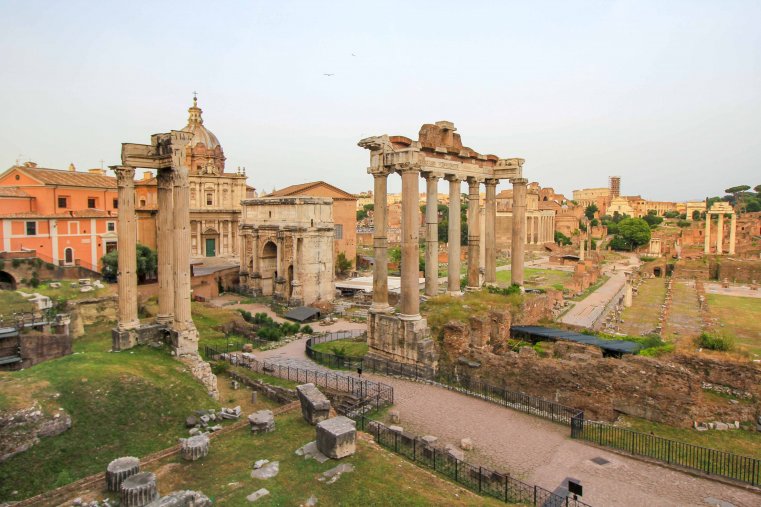 Next to the Roman Forum and the Colosseum, you will find the Palatine Hill, one of the 7 hills of the city, where you can visit the excavations of imperial residences. According to records, this part of Rome is said to have been inhabited as early as the 10th century BC, and the Palatine is considered to be the oldest part of the city. With a height of 51 meters, from Palatine Hill you will have a magnificent view down to the Colosseum and the entire Roman Forum. 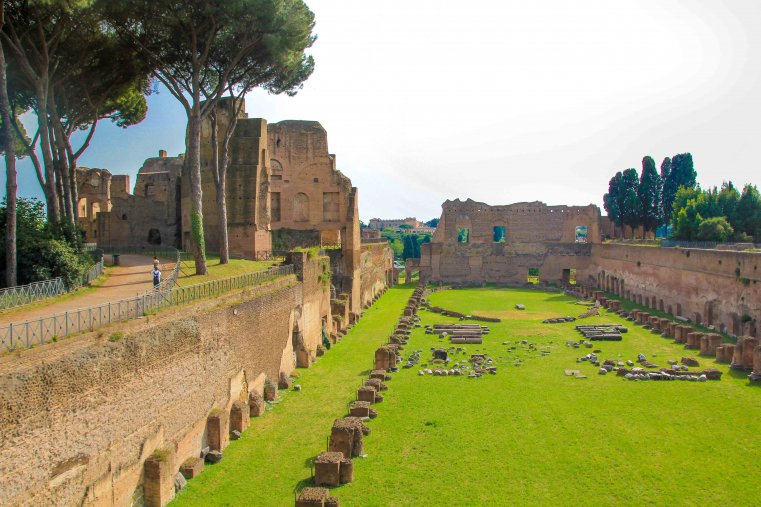 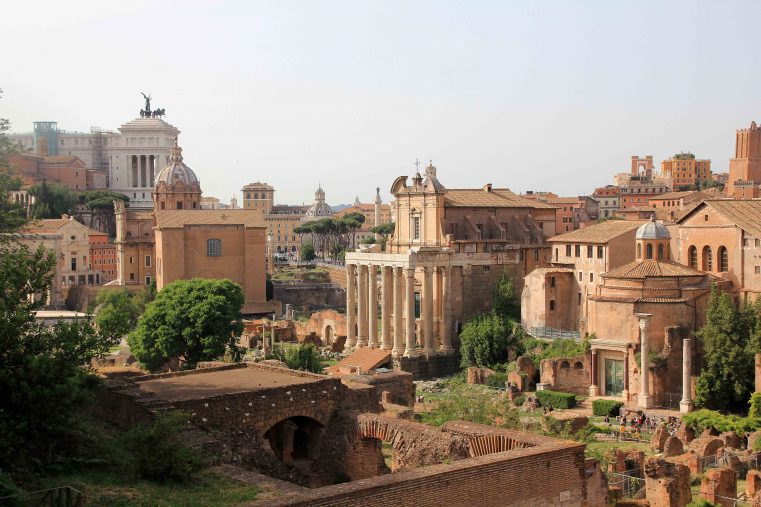 Palatin – view to the Forum Romanum

One of the most important neighborhoods and also a very popular attraction in Rome is the Vatican, a sovereign state in the middle of the old town. Officially named “Basilica di San Pietro”, St. Peter’s Basilica is the center of the Catholic Church and the residence of the Pope. This beautiful basilica and St. Peter’s Square were built where the tomb of St. Peter is believed to be. During a city break in Rome, a visit to St. Peter’s Basilica is an absolute MUST. And don`t miss the wonderful view from the roof terrace! It is one of the best viewpoints in Rome!

Tip: If you want to visit this Rome attraction without queuing, we recommend that you get yourself a ticket in advance or join a guided tour! 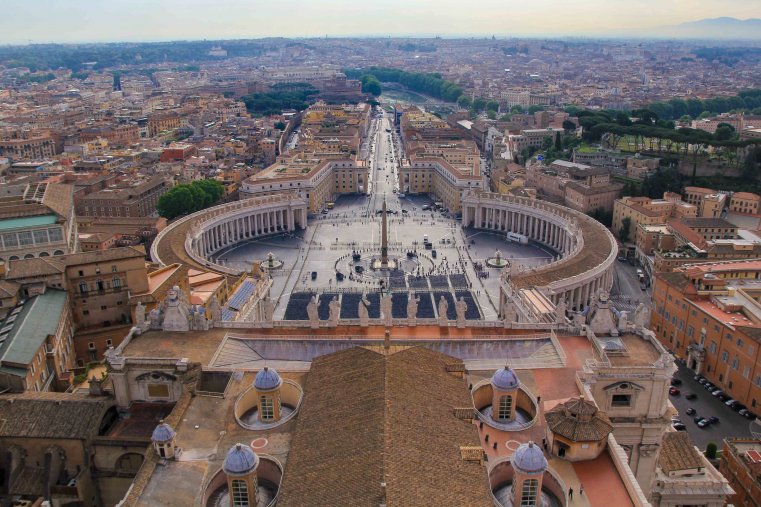 Another highlight in Rome is a visit to the Vatican Museum. Here you can marvel at the huge art collection of the past popes in 54 rooms. Numerous valuable religious relics and many historical paintings can be discovered here. The most important attraction in the Vatican Museum is definitely the Sistine Chapel with the wonderful world-famous paintings by Michelangelo.

Tip: In order not to wait for hours in the heat, you should definitely book tickets here in advance! 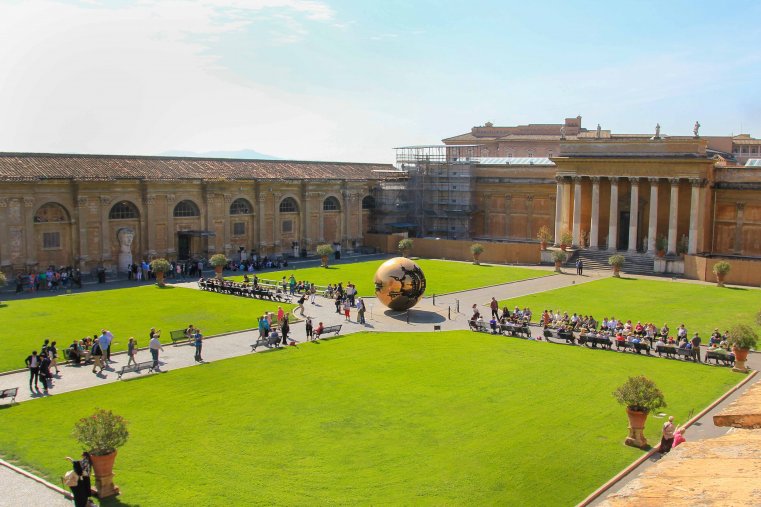 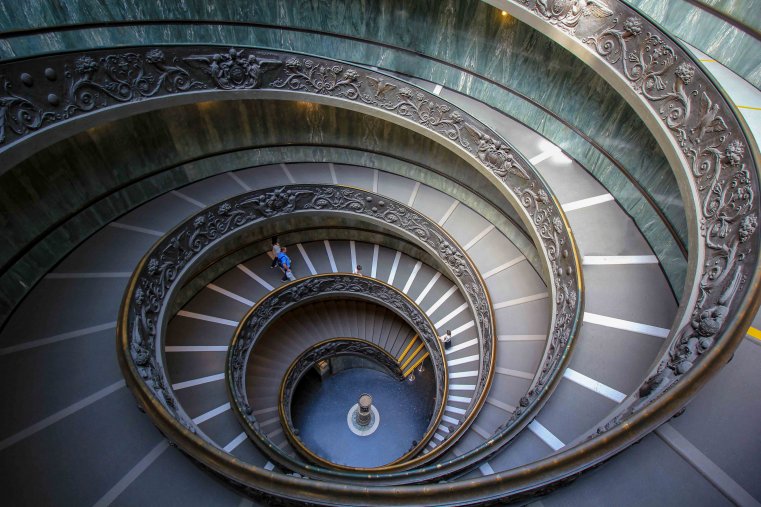 The elongated Piazza Navona is beautiful and another highlight of any city trip. In ancient Rome, this place was an athletic stadium. Today it is one of the most picturesque places in the old town and one of the top places to visit in Rome. In this lively square, you can watch the hustle and bustle of the tourists, many street artists, or enjoy an Italian coffee in one of the great restaurants. The fountains are also beautiful here, such as the “La Fontana dei Quattro Fiumi” by Bernini. Other attractions are the Obelisk and excavations of the old Domitian stadium. 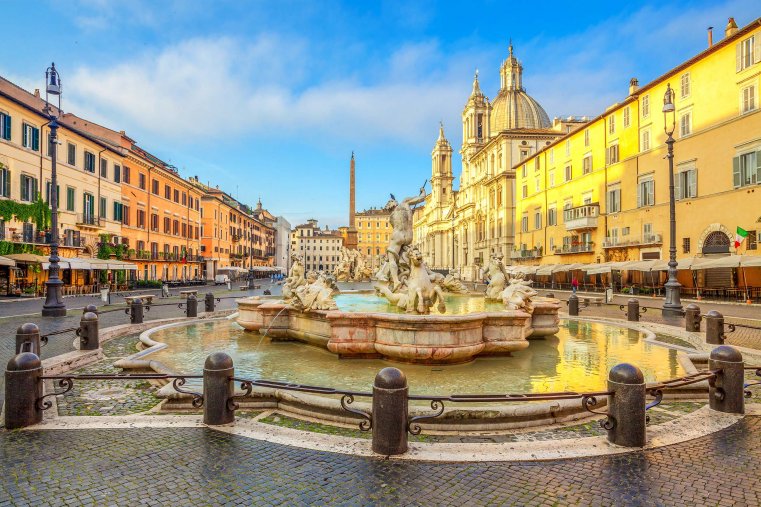 The Pantheon is one of the best-preserved sights of ancient Rome. The huge columns and the impressive open dome are just striking. This building was consecrated as a church and therefore bears the name Santa Maria ad Martyrs. If you are interested, you should also visit this extraordinary church from the inside. And yes, the entrance to the Pantheon is free! 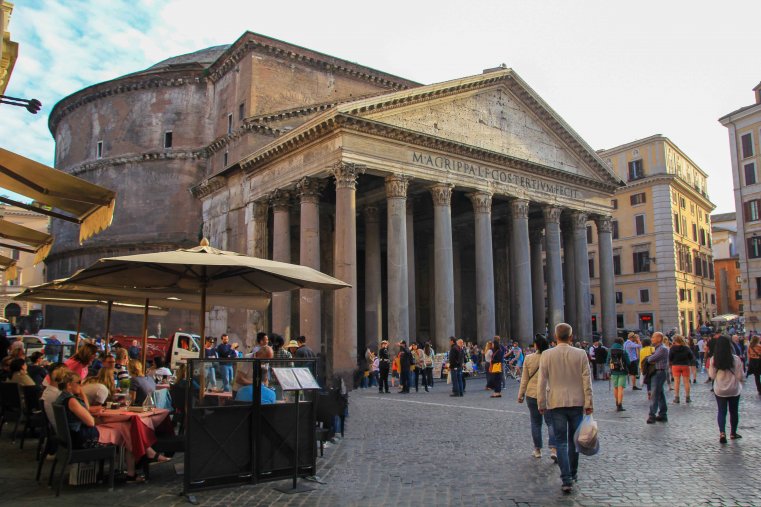 A detour to the world-famous Spanish Steps is also recommended. It is one of the most popular attractions in Rome and a coveted photo spot for travelers. This 135-step staircase from the 18th century is situated at the foot of the “Trinità dei Monti” church, from which you can also enjoy a wonderful view of Rome. At the bottom of the Spanish Steps is Piazza di Spagna and the Bernini fountain, which are also worth seeing. 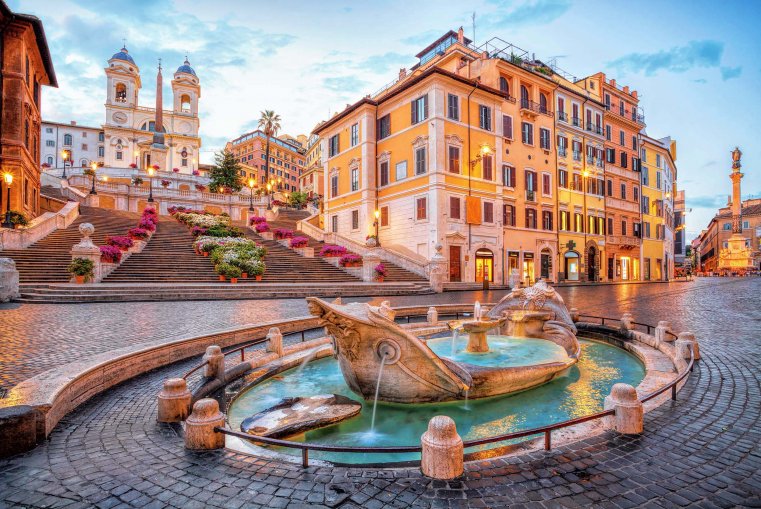 Right on Piazza Venezia is another interesting attraction of Rome, the Victor Emmanuel II Monument, also known as Monumento Nazionale a Vittorio Emanuele II – the typewriter or the wedding cake. This huge white marble monument was built in honor of the first king, Victor Emmanuel II. The view from the terrace – the Terrazza delle Quadrighe is also impressive. From up here, you will enjoy a gigantic 360 ° view of Rome! 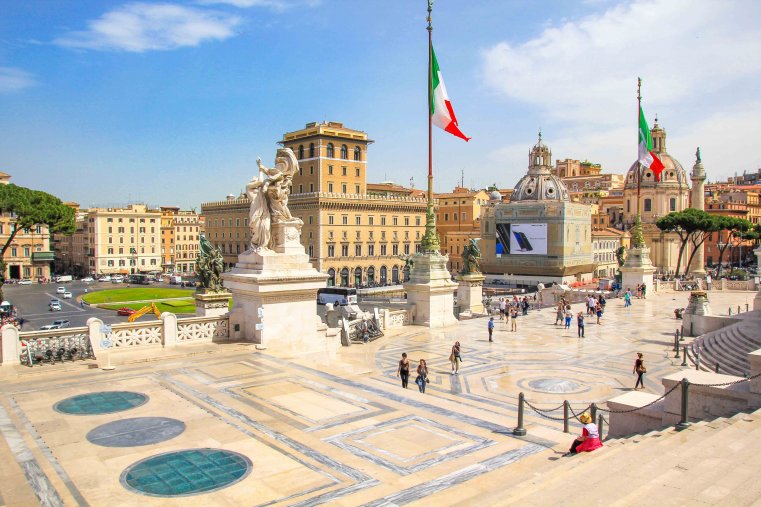 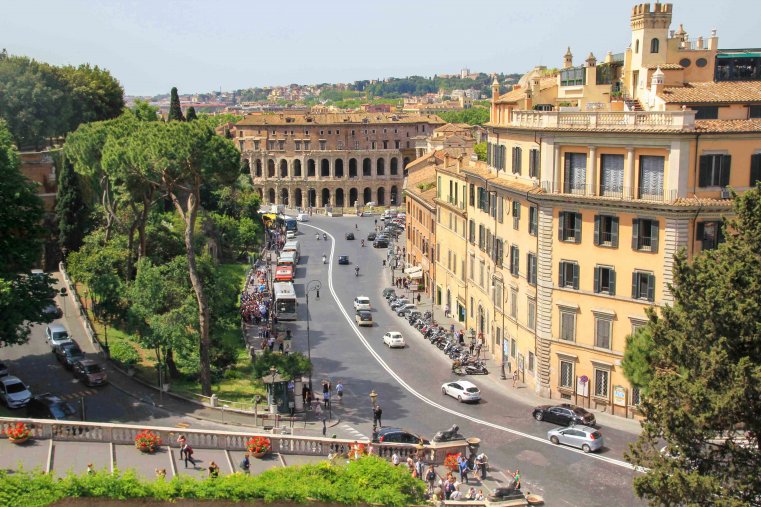 The Trajan’s Markets are also interesting to see. They represent a collection of ancient buildings. They can be viewed from the outside, by walking past free of charge, as well as from the inside (entrance fee). These brick buildings were built in the time of Emperor Trajan, but the construction had already begun under Emperor Domitian (81–96 AD). 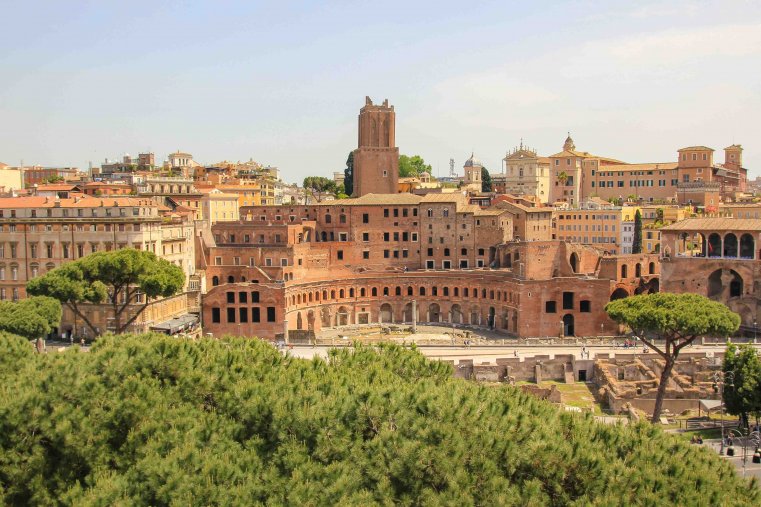 Also worth seeing in Rome is the Capitol Square, Piazza del Campidoglio. In the middle of the square is the bronze equestrian statue of Marc Aurel. And right on the square is the Palace of the Senators, which houses the City Hall and the official residence of the Mayor of Rome. At night it’s lit and provides tourists with a great photo spot – definitely one of the best Rome night activities! 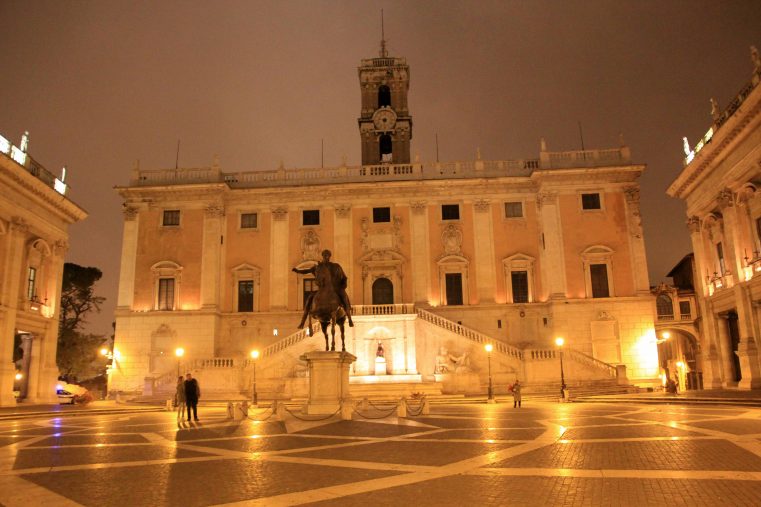 The Park Villa Borghese is a beautiful  5 square-kilometer city park that convinces with well-tended gardens, fountains, temples and a pretty lake. The Galleria Borghese with its museum, the zoological garden and the lake Laghetto di Villa Borghese is really worth seeing. Here you can enjoy the scenery on a romantic rowboat ride. 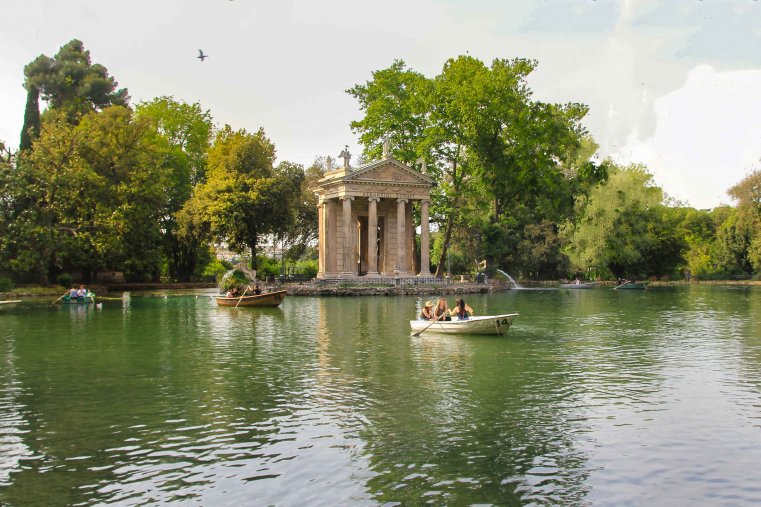 The Piazza del Popolo, also known as the People’s Square, is one of the most famous places in Rome. There are also some interesting attractions here, such as the 3300-year-old Obelisk in the middle of the square, the small church of Santa Maria del Popolo and the two almost identical churches of Santa Maria in Monte Santo and Santa Maria die Miracoli.

Tip: if you take the steps from Piazza del Popolo up to Villa Borghese Park, you will be rewarded with a fantastic view of Rome! 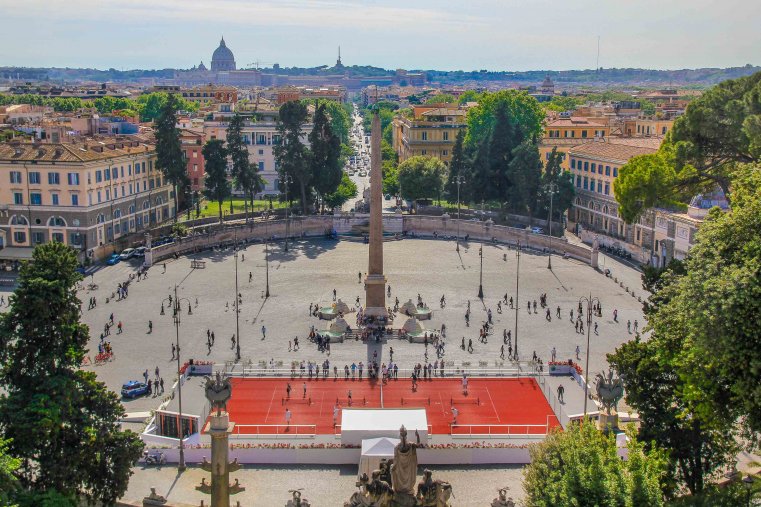 Castel Sant’Angelo is another important sight in Rome. It was originally built as a mausoleum for the Roman emperor Hadrian and later converted into a castle by various Roman popes. Today the Castel Sant’Angelo is used as a museum that is now accessible to the public. Also this Rome attraction is beautifully lit at night. 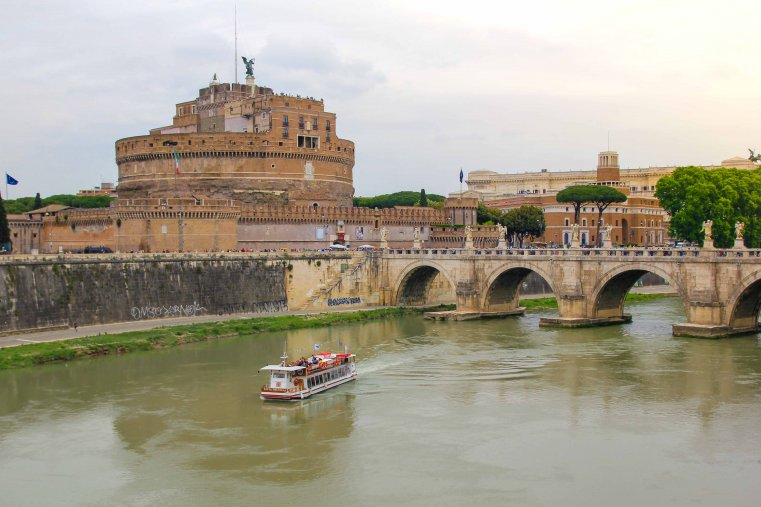 The trendy Trastevere neighborhood was once a working-class neighborhood and is now one of the coolest areas in Rome. There is a huge selection of hip trattorias, bars, cozy cafes, great shops and cheap accommodations. The most famous sights here include Piazza di San Calisto and Piazza Santa Maria, where a church enchants with magnificent mosaics. The Trastevere district is on the other side of the river, but still, it is only a few minutes walk from the historical center in Rome and absolutely worth seeing! 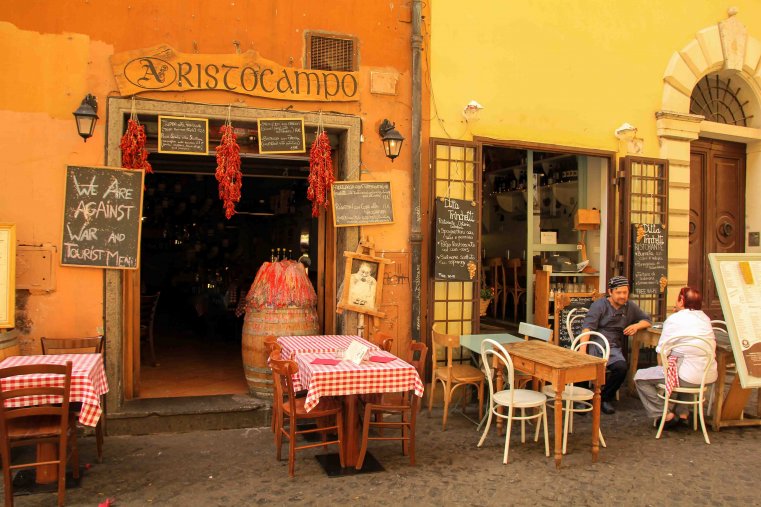 Via Appia, which is 2,300 years old, is one of the oldest streets in the city and was the link to the smaller regions of the greater Rome area. Along this historic cobblestone street, various highly interesting sights, such as mausoleums, catacombs, temples and other remains of ancient Rome can be explored. The best way to visit the 18 km long Via Appia is by bike or e-bike, which can be hired on site.

Tip: A guided bike tour along Via Appia is a really popular activity in Rome! 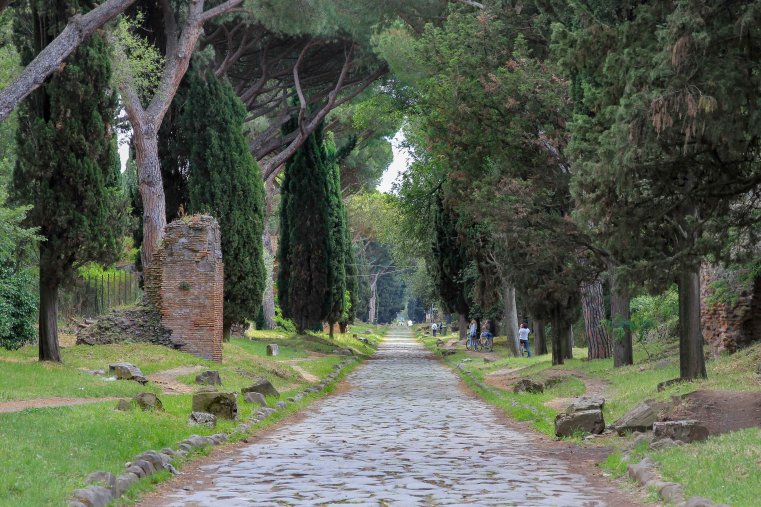 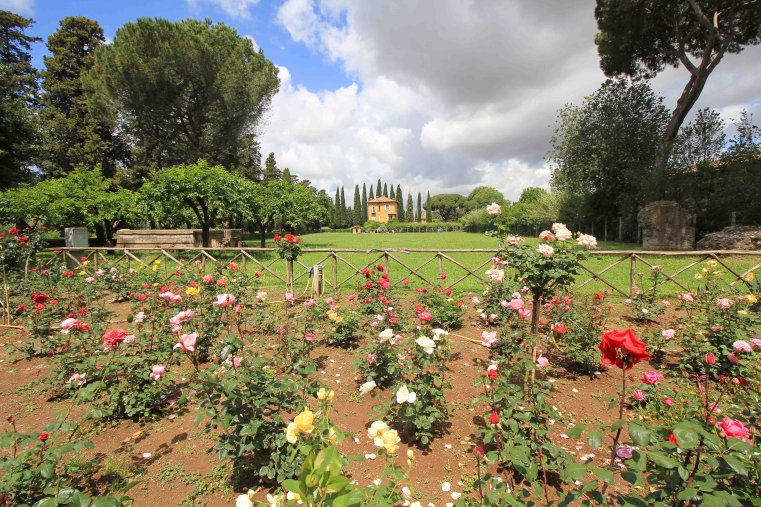 Another special attraction in Rome is the Bocca di Verita, the mouth of truth. This marble disc has the shape of a face and is said to have been an antique lie detector. You can still try it today: if you put your hand in the mouth of the Bocca della Verità and don’t speak the truth, then, according to legend, it will be bitten off.

In ancient times, Circus Maximus was mainly used for chariot races. It had a total length of 600 meters and a width of 140 meters. At that time, up to 250,000 people visited this huge arena. Unfortunately, there is not much left of the Circus Maximus. Today the view of the Palatine is especially beautiful. 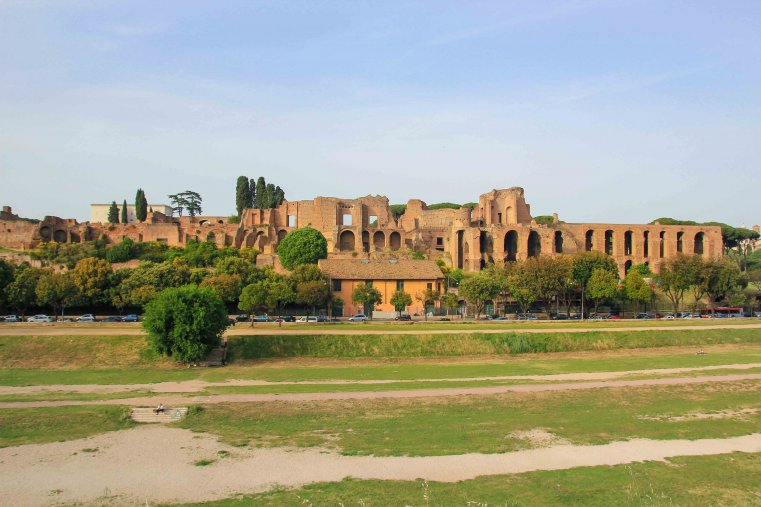 If you do not want to go on your own to visit the most beautiful sights of Rome, you have the option to join a guided tour. You can find city tours, entrance tickets, bike tours, cooking classes and much more online on GetyourGuide. In addition, there are tons of reviews to help you choose your favorite tour.

Where to Stay in Rome

Rome has a variety of accommodations. Whether backpacker hostel, B&B, mid-range hotel or pure luxury, everybody will find their place to stay in Rome. If you are not sure which hotel to choose yet, we have put together a few amazing accommodations here…

As you can see, there are a lot of things to do in Rome. No matter if 1 day, 4 days in Rome, or even a week in Rome – this city is always worth a visit!